After basic and mass-produced TKAN 1 and TKAN 2 models, the TKAN series has its own expansion in terms of power increase. Those are boilers intended for biomass combustion as well and due to their power from 60 to 300kW, they fit into the group of industrial biomass boilers.

Under the term biomass, it is primarily pellet, but fruit pits burn without any issues (sour cherry, sweet cherry, plum). The combustion process is done automatically while two elementary parameters are water temperature in the boiler and the temperature of exhaust fumes. Ignition is automatic and is done by two strong electrical heaters. The user regulates power manually, by using a given amount of loaded fuel and power of the fan. It is possible to install a room thermoregulator which works on a scheduled basis.

Industrial biomass boilers are made of boiler sheets that are 6mm thick or more. The heat exchanger is made of seamless, boiler pipes. The degree of pellet utilization is close to 90%. On exit, exhaust fumes temperature is from 170 to 190 degrees at higher modes, which can be checked on the automatic display at any point. 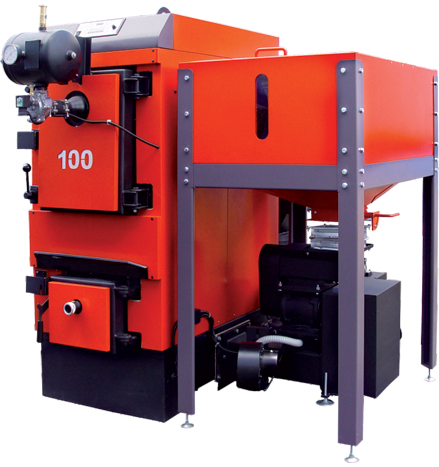 Along with the TKAN industrial boilers comes a small (daily) 800l silo. It is capable of connecting to a big silo sideways and frontally. A buyer creates the big silo according to the dimensions of available and it connects to the small silo by a worm conveyor. The automatic mechanism supports that worm conveyor’s engine.

For basic power dimensions of 60, 100, 150, 200, 250 and 300 kW, please refer directly to the licensed shops or the factory. Supplementary equipment relates to automatic cleaning and automatic pellet transport functions. According to its thermodynamic structure remains the same, changes relate to the following assemblies:

1) Furnace part
2) Heat exchanger part, that is, its door
3) Cyclone for separating ash
4) Big silo and automatic transport to the boiler

1) In the furnace part, two worm spirals are installed with their electrical engines for the purpose of automatic separation of ash. They insert ash into two boxes, that should be occasionally emptied.
2) On the door of the exchanger pipe assembly, a system of electromagnetic valves is installed which occasionally emit air under pressure and, in that way, boiler pipes undergo a cleaning from ash and soot. A source of air under a pressure of certain capacity is necessary as well as the automatics which initiates and regulates this entire process.
3) Due to the reduced emission of ash particles in the air, it is recommended to install the cyclone especially if the buyer installed a pneumatic cleaning system.
4) With big systems which consume pellet from a couple of hundreds of kilograms up to a couple of tons, installation of a large silo with a bucket elevator is recommended. A system of worm transporters attaches it to the small silo and the entire supply process is automatized by the minimum and maximum probes in the small silo. 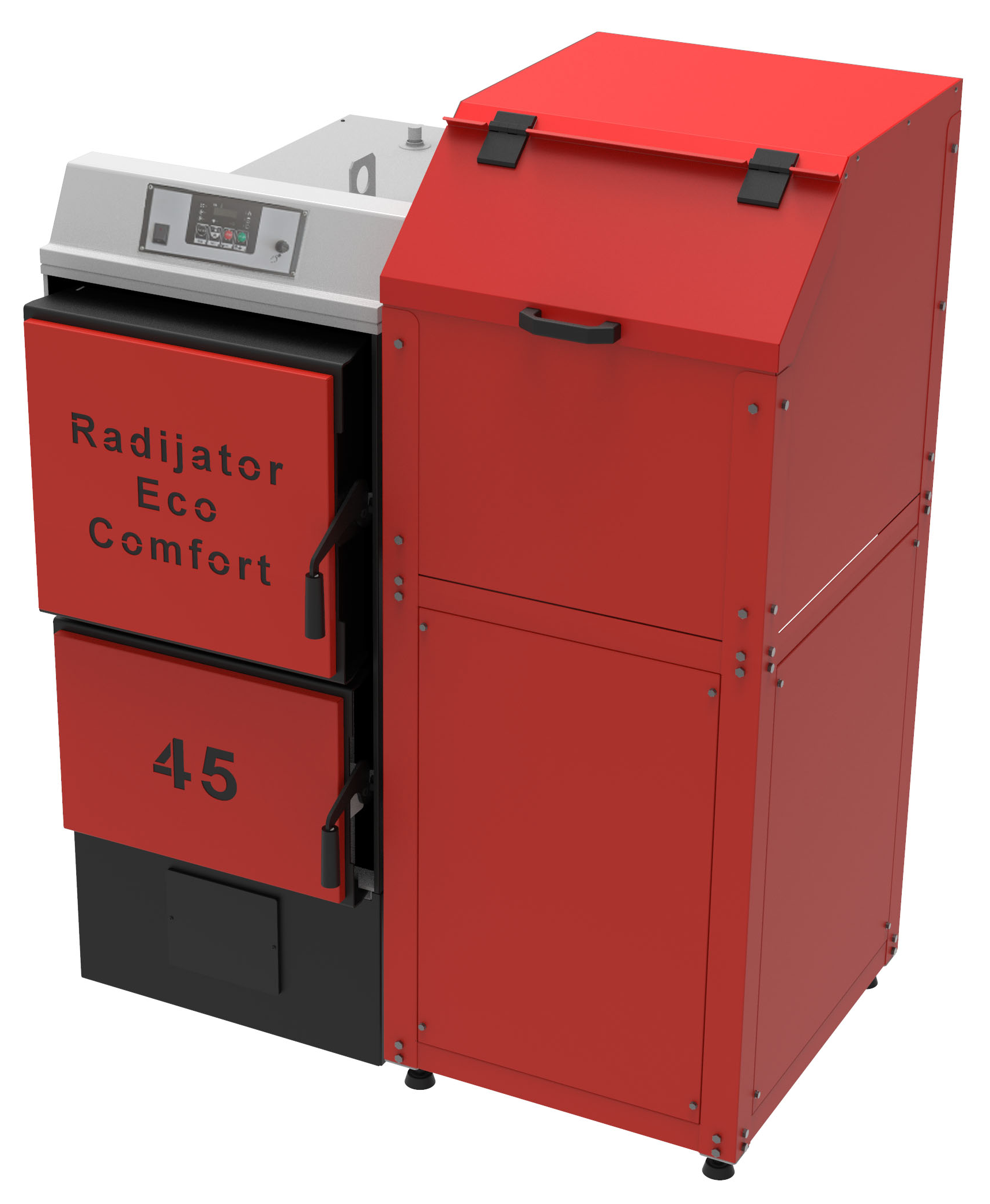 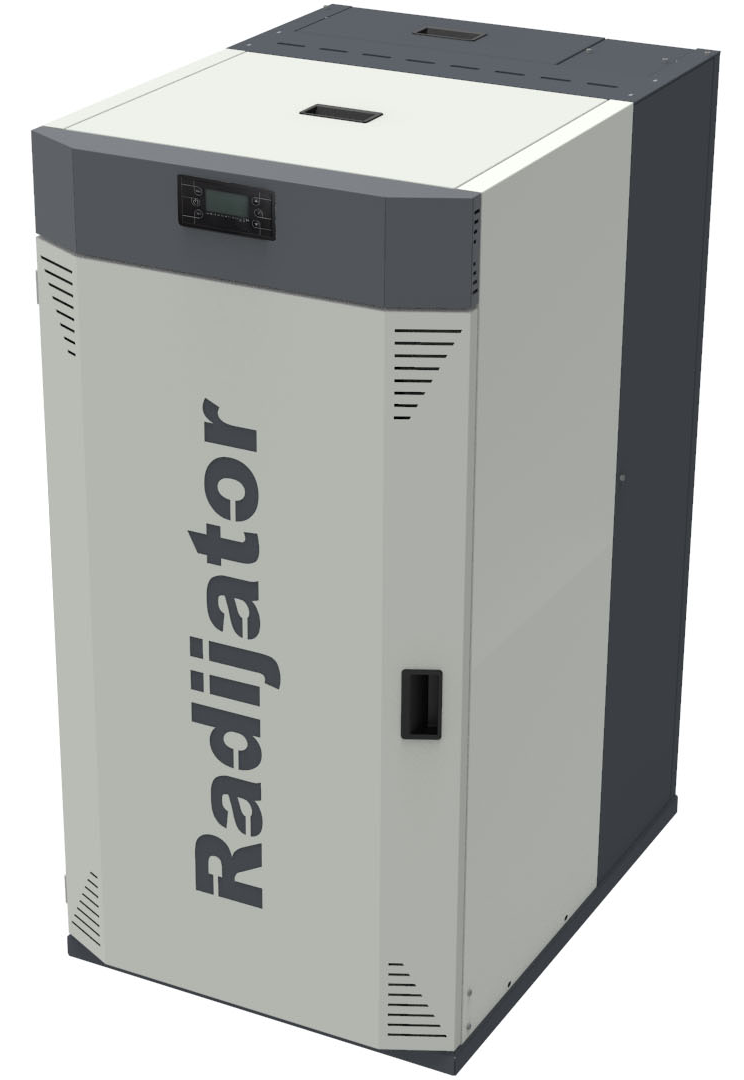